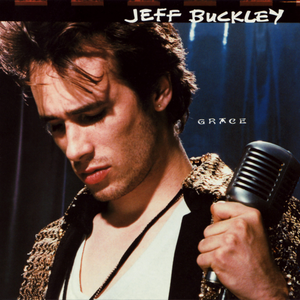 Grace is the first and only complete studio album by Jeff Buckley, released on August 23, 1994. The album is named after the title track, "Grace", co-written by Buckley and Gary Lucas. While the album initially had poor sales, only peaking at #149 in the U.S., it received wide critical acclaim. It has now sold over 2 million copies worldwide. An extended version of the album (subtitled Legacy Edition) celebrating its tenth anniversary was released in 2004, and it peaked at #44 in the UK. Musicians such as Thom Yorke of Radiohead and Matthew Bellamy of Muse list Buckley among their influences, and the album has been lauded by veteran artists such as Chris Cornell of Soundgarden and Audioslave, Neil Peart of Rush, Jimmy Page, Robert Plant, Paul McCartney, Steven Wilson of Porcupine Tree, and Bob Dylan. Buckley's cover of Leonard Cohen's "Hallelujah" remains one of his most well-known songs, and has been used extensively in many U.S. television series and films, including The West Wing, The O.C., Scrubs, One Tree Hill and The Edukators. In 2004, this version was ranked #259 on Rolling Stone's article "The 500 Greatest Songs of All Time". Buckley's version of "Corpus Christi Carol" was based on a version by Janet Baker. A childhood friend introduced him to the song, and Buckley sang a version on the album as a way of thanking for him. Grace has been listed as a highly rated album in many popular magazines, such as Q magazine, where readers voted Grace the 75th greatest album of all time; the same vote was taken again towards the end of 2005, this time Grace being placed at 13. In 2003, the album was ranked number 303 on Rolling Stone magazine's list of the 500 greatest albums of all time. In 2006, Mojo Magazine named Grace the #1 Modern Rock Classic of all Time. It was also rated as Australia's second favourite album on My Favourite Album, a television special done by the Australian Broadcasting Corporation aired on December 3, 2006. Grace re-entered the Top 50 album charts in Australia at number 44 for the week of the 29th of January to the 5th of February 2007, 13 years after its original release date. It is currently certified 6x Platinum in Australia. Read more on Last.fm. 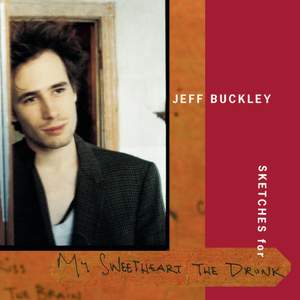 Sketches for My Sweetheart the Drunk is a collection of polished studio tracks and four-track demos recorded by Jeff Buckley. Being dissatisfied with material recorded in the summer of 1996 and early in 1997, Buckley worked on many demos to reach the sound he was hoping to achieve. To be titled My Sweetheart, the Drunk, the album was never finished, as the rest of the band were traveling to meet Buckley at the time of his death. It was released posthumously on 26 May 1998 (see 1998 in music). Despite its unfinished state, the album garnered many positive reviews; The Onion's AV Club called it "frustratingly incomplete, but mostly remarkable". The album's original sessions were produced by Television frontman Tom Verlaine. "My Sweetheart the Drunk" was the working title that Jeff Buckley was using while writing and recording the album; the title was intended by his mother and sole heir of his estate, Mary Guibert, to be rendered with parentheses, as Sketches (for My Sweetheart the Drunk), because Jeff's work was not finished, and therefore was just an outline, or "sketch", of what would have been released, had Jeff been able to complete this project. International (non-US) editions of Disc 2 include the bonus track "Gunshot Glitter" (Jeff Buckley) as Track 7 for a total of 21 tracks. The Japanese edition of Disc 2 also includes the bonus track "Thousand Fold" (Jeff Buckley) as Track 11 for a total of 22 tracks. * Swedish Gothic Rock band Katatonia recorded a cover of "Nightmares by the Sea", which appeared on the "Tonight's Decision" album and then later on "The Black Sessions" compilation. * The USA original series The Dead Zone (based on the Stephen King novel of the same name) uses "New Year's Prayer" as its theme song. Read more on Last.fm. 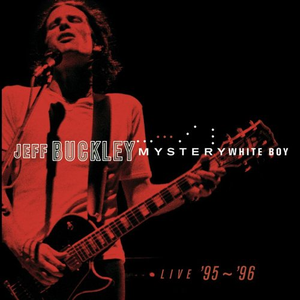