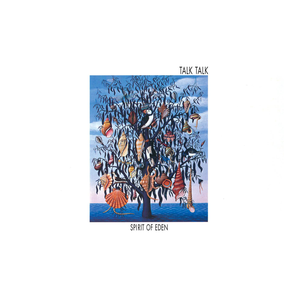 Spirit of Eden is the fourth album by the English New wave band Talk Talk, released in 1988 on Parlophone records. The album found neither critical acclaim nor commercial success on release but has since become a cult favourite. The songs were mostly written by vocalist Mark Hollis and producer Tim Friese-Greene and the album was compiled from a lengthy recording process at London's Wessex Studios between 1987 and 1988. Often working in darkness, the band recorded many hours of improvised performances which were heavily edited and re-arranged into an album in mostly digital format. The songs contain elements of rock, jazz, classical and ambient music. Critics often view Spirit of Eden as a departure from Talk Talk's earlier and more accessible albums. Compared to their 1986 hit The Colour of Spring, it was a commercial disappointment. However a plurality of critical reviews laud the album. Talk Talk, led by singer Mark Hollis, formed in England in the early 1980s. From the start, Hollis cited jazz and classical artists like Miles Davis, John Coltrane, Béla Bartók and Claude Debussy as major influences. But Talk Talk's first two albums, The Party's Over (1982) and It's My Life (1984), did not readily reflect such influences; critics compared the band to contemporary new wave groups, especially Duran Duran. Hollis partly attributes the shortcomings of their early music to a financial need to use synthesizers in place of acoustic instruments. Although critics did not favour the band's early output, the first two albums were commercially successful in Europe. This gave Talk Talk the money needed to hire additional musicians to play on their next album, The Colour of Spring (1986). The band no longer had to rely on synthesizers. Instead, musicians improvised with their instruments for many hours, then Hollis and producer Tim Friese-Greene edited and arranged the performances to get the sound they wanted. A total of sixteen musicians appeared on the album. The Colour of Spring became Talk Talk's most successful album, selling over two million copies and prompting a major world tour. At the same time, minimalist songs like "April 5th," "Chameleon Day," and the B-side "It's Getting Late in the Evening" pointed towards the band's next direction. For the success of The Colour of Spring, EMI rewarded Talk Talk with an open budget and schedule for the recording of their next album, Spirit of Eden. Talk Talk were given complete control over the recording process; their manager and EMI executives were barred from studio sessions. Recording for Spirit of Eden began in 1987 at Wessex Studios, London and took about a year to complete. Engineer Phill Brown said that the album, along with its successor, was "recorded by chance, accident, and hours of trying every possible overdub idea." Although the album is noted for its tranquil soundscapes, Graham Sutton of Bark Psychosis notes "Noise is important. I could never understand people I knew who liked Talk Talk and saw it as something 'nice to chill out to' when I loved the overwhelming intensity and the dynamics." Mark Hollis' lyrics reflect his religious and spiritual outlook. Though he acknowledges that his lyrics are religious, he says they are not based on a specific creed, preferring to think of them as "humanitarian." "I Believe in You" has been described as an "anti-heroin song." When asked whether the lyrics are based on personal experience, Hollis replied, "No, not at all. But, you know, I met people who got totally fucked up on it. Within rock music there's so much fucking glorification of it, and it is a wicked, horrible thing." Some music critics consider Spirit of Eden and its 1991 follow-up Laughing Stock influential to post-rock, a music genre that developed in Britain and North America in the 1990s. In a review of Bark Psychosis' album Hex, where the term "post-rock" was coined, Simon Reynolds opined that Hex aspires to the "baroque grandeur" of Spirit of Eden. Andy Whitman of Paste magazine argues that Spirit of Eden represents the beginning of post-rock: "The telltale marks of the genre—textured guitars, glacial tempos, an emphasis on dynamics, electronica, ambience and minimalism—were all in place, and paved the way for bands like Sigur Rós, Mogwai, Godspeed You! Black Emperor, Low and latter-period Radiohead." Simon Harper of the Birmingham Post observed how "their combination of jazz, classical, rock and the spacey echoes of dub, using silence almost as an instrument in its own right, lends itself to the vernacular of post-rock, and there can be little argument that Tortoise and their Chicago-based compatriots would hardly sound the same were it not for the staggering achievements of Hollis and Tim Friese-Greene." Numerous bands and artists, including Graham Coxon, Doves and Elbow have praised Spirit of Eden or have cited it as an influence. In 2008 Alan McGee wrote: "Spirit of Eden has not dated; it's remarkable how contemporary it sounds, anticipating post-rock, The Verve and Radiohead. It's the sound of an artist being given the keys to the kingdom and returning with art." All songs written and composed by Tim Friese-Greene and Mark Hollis. 1. "The Rainbow" 9:05 2. "Eden" 6:37 3. "Desire" 7:08 4. "Inheritance" 5:16 5. "I Believe in You" 6:24 6. "Wealth" 6:35 Mark Hollis – vocals, piano, organ, guitar Lee Harris – drums Paul Webb – electric bass guitar Additional personnel: Tim Friese-Greene – harmonium, piano, organ, guitar Martin Ditcham – percussion Robbie McIntosh – dobro, twelve-string guitar Mark Feltham – harmonica Simon Edwards – Mexican bass Danny Thompson – double bass Henry Lowther – trumpet Nigel Kennedy – violin Hugh Davies – shozygs Andrew Stowell – bassoon Michael Jeans – oboe Andrew Marriner – clarinet Christopher Hooker – cor anglais Choir of Chelmsford Cathedral Production: Phill Brown – engineering Tim Friese-Greene – production James Marsh – cover art Read more on Last.fm. 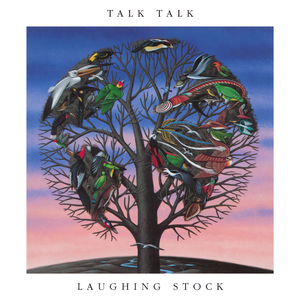 Laughing Stock is the fifth and final LP from Talk Talk, released on November 19, 1991 from Polydor records. It marks the pinnacle of the band's transformation from synth-pop into an experimental, impressionistic sound that would later share characteristics with what music critics called post-rock; as such, it is the quintessential document of a proto-post-rock sound from this incredibly creative group, and it serves as a touchstone record for the era. Since it's release, many years later it has been hailed as a lost classic of the grunge-era nineties. Talk Talk had been steadily gestating a sound transformation from records in the late eighties before Laughing Stock, but those records lacked a cohesive, full production level to make their output from that era stand out as much as it could have. Since Laughing Stock has a much higher production value level, it is distinguishable from the earlier records, and generally serves as a reference to this band's greatest work. Much has been said of this record's seemingly singular identity; it tends to present itself as if it has its own world of sound. Elements of jazz, contemporary-classical, alternative rock and post-punk collude throughout the album to form a distinctly unique listening experience from start to finish. Despite all those present elements, this record defies easy categorization. It would influence later jazz-inflecting rock combos like Tortoise and Sea and Cake as they crafted similarly engrossing albums. It is critically regarded as a top-notch record. Many publications have retroactively named it one of the best records of the nineties, albeit it was mostly ignored upon its initial release and for a while after that. Perhaps the pressure of the public's general ambivalence mixed with the demands of making such a creative work caused Talk Talk to disband, but they are nevertheless remembered now as essential listening, with Laughing Stock exalted above their other records. Read more on Last.fm.